Inflation has become one of the top concerns among US consumers, and 4 in 10 respondents say that their financial lives have taken a substantial hit from higher prices.

With the rising concern of inflation, many of the people reaching out to us are wondering what would happen if inflation kept soaring higher and spun out of control. For some perspectives on how it is to live with extreme inflation, we’ll turn to Argentinians, who are experiencing one of the highest inflation rates in the world.

Argentina has a long history of inflation and has gone through several cycles of hyperinflation, which is typically defined as a monthly inflation rate of 50%. A decade ago, the annual inflation was 10%, but for the past six years it has hovered in the 20%–50% range, as seen in the chart below. 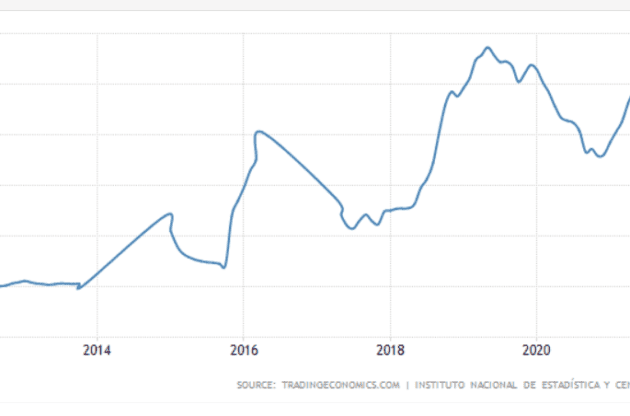 The latest inflation data for Argentina came in at 50.9%, the highest inflation among G20 countries. (The G20 is a group of some of the world’s major economies and represents 80% of global GDP.) 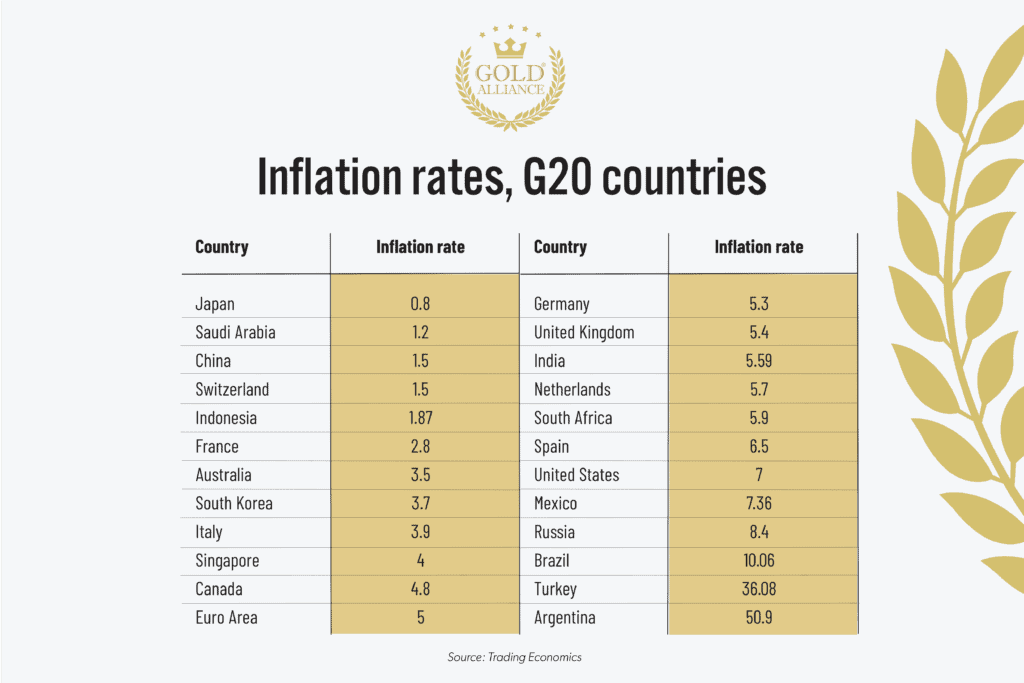 Inflation that high has severe implications, and decades of high inflation have fundamentally changed how Argentinians get the most out of their money.

How do you cope with extreme inflation?

To learn how people live with such high inflation, Bloomberg spoke with everyday Argentinians, who could be considered experts in their own right on the topic. As you’ll see, their financial advice sounds completely backwards from the traditional financial strategies we’re used to. This is a fascinating example of how different life can be when living under extreme inflation. Here’s some of their advice.

Spend your paycheck right away

In a high-inflation economy, the money you leave in your bank account loses value every day — with 50% inflation, Argentinians lose half the value of their peso deposits in a year, which amounts to over 4% per month. Every day, they can buy a little less with their money.

“Don’t leave your money resting under the couch,” Federico Pieri, 30, who works in sales in Buenos Aires, told Bloomberg. “That’s the worst thing you can do.”

Instead of putting their paycheck in the bank — leaving it in a savings plan, retirement plan, or even withdrawing the money to keep it as cash — many Argentinians spend their money right away. They cannot afford to think long-term as money they save up will be worthless by the time they want to spend it.

But spending all their money could have severe consequences later in life — what do you do if you don’t have enough, or anything at all, saved for your retirement? They are fully aware of it, but there really is no other reasonable course of action if you’re living with extremely high inflation.

This much spending comes with another bad side effect. The increased demand for products and services created by the rush spending pushes inflation even higher as manufacturers and businesses raise prices to meet demand. So, ironically, their strategy to survive inflation by immediately buying more goods and services actually makes things worse.

Other than spending immediately and treating cash like it’s a burning-hot potato, Argentenians have developed a loan strategy fit for inflationary times: Get a loan below the rate of inflation and let inflation make it easier to repay your debt.

As a borrower, you’ll be paying back your loan with money that’s worth less than when you borrowed it, while your principal debt loses value. You are moving the risk of inflation to your lender.

Here is where the Argentinian strategy starts making sense to Americans. If you thought about taking a loan at our current low rates as a strategy to fight inflation, you are “thinking Argentinian”  because even with US inflation rates it makes sense… Or does it?

The first issue is making sure your loan is a fixed-rate loan. If not, you are taking a huge risk. Increasing the interest rate is a common tool central banks use when fighting inflation, and the interest rate on variable-rate loans would increase accordingly. This could make it harder, or even impossible, to repay the debt, causing people living on credit card debt or variable-rate loans to default.

But even Argentinians who are taking out a loan today on a fixed rate are running a significant risk: Argentina recently raised its benchmark rate to a stunning 40%. That’s still well below the inflation rate, but should inflation go down — and the benchmark rate along with it — they could get stuck with a very expensive loan.

Another risk exists for people taking large loans on low interest rates, such as Americans who are now taking a mortage on a home as an investment at a 3.6% rate, which is much lower than our inflation. The risk is that asset prices usually adjust dramatically as a result of central banks’ fight with inflation. If the Fed decides to take on inflation by raising interest rates dramatically, the price of a home could go down by significant percentages, which puts the loan strategy in a very bad place — even if it’s a low-interest loan.

In other words, taking out a loan during high inflation is a high-risk gamble on where inflation and interest rates are headed.

Argentinians are converting pesos into dollars

Another popular way to save the value of their money from being eroded by inflation is to convert their peso savings into a stronger asset, which, for many Argentinians, means the US dollar. With rampant inflation, the peso appears weak compared to the dollar, despite the inflation we’re fighting ourselves. Instead of losing 50.9% of their purchasing power, they’ll lose “only” 7%.

Living with extreme inflation like Argentina’s may seem unimaginable to us, but it’s a chilling reminder of just how different life can be under an economy that spirals out of control. Where they will go from here is anyone’s guess, but certainly there is something to learn from them if the US inflation rate keeps soaring.